DNA methylation plays key roles in gene expression and regulation. It is an epigenetic signaling tool that locks genes in the “off position” and is an important component in various cellular processes such as genomic imprinting, embryonic development, maintenance of chromosome stability, and X-chromosome inactivation. Scientists have linked abnormal methylation to various devastating outcomes, including human diseases.

Regulation of DNA methylation by methyltransferases

DNA methylation involves the addition of a methyl group to the 5-carbon of the cytosine ring, which results in 5-methylcytosine or 5-mC. These methyl groups inhibit transcription by occupying the DNA’s major groove. 5-mC constitutes about 1.5% of genomic DNA. 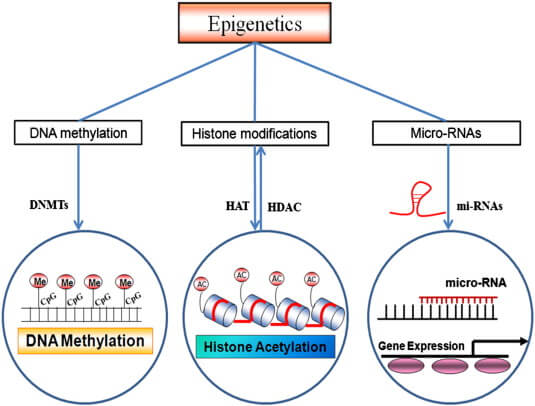 DNA methylation is catalyzed by DNA methyltransferases (DNMTs) and is controlled at many different points in cellular processes. Three types of DNMTs, namely, DNMT1, DNMT3a, and DNMT3b are needed to establish and maintain DNA methylation patterns.

DNA methylation is a reversible epigenetic modification. The removal of a methyl group or demethylation is needed to reprogram genes and is therefore also important in mechanisms of disease such as tumor growth. Demethylation is catalyzed by enzymes called DNA demethylases.

The role of DNA methylation in gene expression varies across different kingdoms of organisms. 5’—C—phosphate—G—3′ (CpG) methylation is distributed fairly globally in mammals, whereas among invertebrates, the methylation pattern is generally “mosaic,” with heavily methylated DNA regions being interspersed with regions that are not methylated.

The significance of 5-mC as a key epigenetic modification in gene expression is widely recognized. For instance, a decrease in global DNA methylation or DNA hypomethylation is likely to be the result of methyl deficiency caused by various environmental factors and it has been suggested as a molecular marker in many biological processes, including cancer.

Since DNA methylation plays such an important role in gene expression, it seems obvious that faulty methylation could have devastating consequences, including human disease. Researchers have conducted many studies examining the association between errors in this methylation and diseases such as cancer, muscular dystrophy, lupus, and various birth defects. This is hoped to provide valuable insights to improve the understanding, treatment, and prevention of these disorders.

By contrast, cancer cell genomes have exhibited hypomethylation overall in comparison to healthy cells, but with hypermethylation of the genes involved in tumor cell invasion, DNA repair, regulation of the cell cycle and other processes where silencing leads to metastasis.

The detection of hypermethylation in some cancers such as colon cancer is possible early on in the course of disease and may serve as a valuable biomarker for the condition.

Workflow: From Assay design to Results

EpiDesigner is an online automated design tool for DNA methylation experiments on the MassARRAY System. Just enter your target sequences and the software determines primer designs for the most complete DNA coverage. In addition to optimized primer sequences, EpiDesigner delivers an easy-to-read graphical interpretation of the amplicons designed over your target regions, as well as annotating distinct CpG sites covered by the assays.

After shrimp alkaline phosphatase treatment, in vitro transcription is performed, to discard unincorporated DNA nucleotides, the T7 promoter added during PCR is used to transcribe the PCR product from the reverse strand, yielding a single-stranded RNA product. This RNA product is specifically cleaved with RNase A at uracil residues.

EpiTYPER from Agena Bioscience reaction products are dispensed onto a SpectroCHIP® Array (Chip). The Chip is then placed in the MALDI-TOF(Matrix Assisted Laser Desorption-Ionization Time of Flight) mass spectrometer for data acquisition, which typically requires 15-60 minutes. The results are automatically loaded into a database for data analysis with EpiTYPER software.

The matrix on the SpectroCHIP absorbs the energy of the laser and transfers it to the RNA fragments which subsequently become ionized. The ionized fragments are separated by the time it takes to arrive at the detector in at the end of the mass spectrometer’s flight tube under the influence of an electric field. The time of flight increases with higher mass. A fragment containing one or more CpG dinucleotides is called a CpG unit. If a CpG dinucleotide was methylated and protected from bisulfite conversion, the corresponding RNA fragment, the CpG unit, will be 16Da heavier in mass when the CpG dinucleotide was methylated, resulting in a 16Da shift in the mass spectrum. The signal detected by the mass spectrometer for either fragment is proportional to the number of fragments. The number of fragments is quantified by the surface area of the corresponding peaks in the mass spectrum. The DNA methylation percentage of a given CpG is calculated by dividing the surface area of the peak representing the methylated fragment by the total surface area of the peaks of both the methylated and unmethylated fragment. 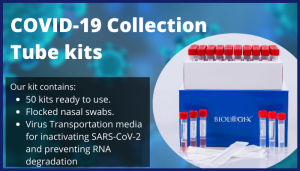 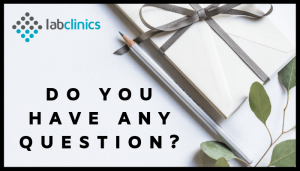